Finding consensus on anything beyond the obvious is a difficult task in today’s world. In fact, even on matters that one might take to be obvious it can be a challenge. Nowhere is this difficulty more present than among professors, particularly in the liberal arts. Jacques Maritain once quipped that agreement is so rare among philosophers and theologians that it is only by a rare miracle that one even agrees with oneself on these matters.

Curiously, one area where professors do seem to agree quite widely is in the conviction that they should not reveal their own personal views to their students on the subjects that they teach. Over the years I’ve heard many colleagues take pride in the fact that their students could not figure out what views they held on the topics they presented in class. In fact, this seems to be a pedagogical approach that is largely taken for granted in the humanities and social sciences. 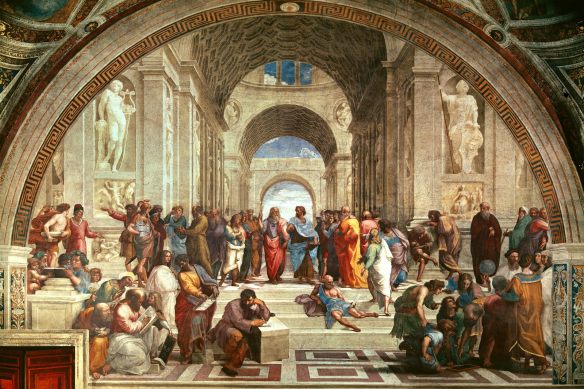 There are certainly some excellent pragmatic reasons in favour of such a method. Most importantly a professor who shares his personal convictions on the topics being taught risks undermining students’ efforts to think through the subject for themselves. Once the professor has pronounced judgment on a position or interpretation, students may understandably be reluctant to take up a competing point of view. This would, indeed, undermine one of the most important goals of a liberal arts education. Moreover, it may raise questions of fairness in the mind of students. Those who disagree with the professor’s preferred approach and do poorly may well wonder if bias played a role in determining their grade.

While I certainly respect my many colleagues in academe who take this approach to teaching, it is one that I have always been uncomfortable with. Instead, I tend to think that students have a right to their professors’ personal synthesis of the material they teach. While I don’t want to underestimate the risks of teaching in view of one’s own philosophical and theological judgment, I think the risks of not doing this are likely much greater.

In subjects such as philosophy, theology, history, sociology and so forth students are expected not only to master a certain amount of content, they are also expected to analyze and assess it. This means that their professors expect them to judge the cogency of the arguments and evidence put forward for the various views under consideration. How then does the professor who withholds his or her personal assessment from students teach this?

Clearly, simply teaching “content” without any assessment is not viable. A philosophy professor just can’t teach Plato and Aristotle, and then move on to the Sceptics and Stoics, reciting what they said without ever making assessments of their arguments, if for no other reason than what they say is often criticism of competing viewpoints alive in the intellectual culture. Nor is this a peculiarity of philosophers, who admittedly provide us with an unusually argumentative body of work. Historians, sociologist, literary critics and others all take issue with the work of their peers and present competing explanations that students have to grapple with.

It is also curious that most professors who take the position that they should withhold their personal views from their students, nevertheless, do not take this to mean that they shouldn’t point out the more significant and obvious weaknesses in the arguments they teach. I don’t imagine that even the most impersonal professor thinks that while teaching St. Anselm’s controversial argument for the existence of God that he is obliged to make no mention of the widely accepted criticisms of it. Of course, such professors might protest that these criticisms are not their own, but those of Gaunilo, Aquinas, Kant, etc. Indeed, but why stop there with these objections and not look at attempts to refute these objections made by various scholars as well? Perhaps there is no time given the rigours of the undergraduate curriculum, but it is more likely that the real issue is that extending the debate indefinitely in this way would not yield fruit, because the argument is generally thought to be unpersuasive.

The professor who hides her or his personal judgment on the topics under discussion as a matter of principle has a limited number of options. First, to present arguments without any assessment at all, which, as I have said, would be to abdicate an essential part of the task of any discipline or, second, to present arguments along with objections, but without giving a judgment about the success or failure of either, which inadvertently gives priority to the objections and makes the discipline appear to be nothing other than a studied of failed theories.

The only remaining alternative would appear to be to present arguments and provide objections only when they appear cogent, following out the argument to what the faculty member sees as the logical conclusion. But then the teacher is just refraining from sharing the personal judgment, which has nonetheless already been argued for, that the view in question is right or wrong. However, in this case withholding one’s personal opinions is rather artificial, for the professor’s personal judgments are fully operative here; they just aren’t explicitly spoken. 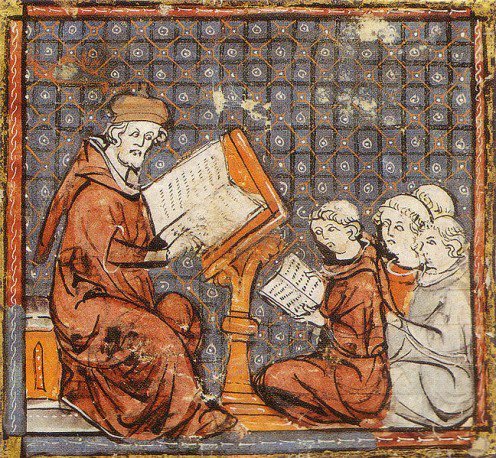 This points to the most significant concern I have with the notion of holding back one’s own personal judgment in teaching. Such a pedagogy poses a significant risk of making the entire process appear to the student like an intellectual game. One theory after another is articulated and defended, but only to be knocked down by a set of objections. No theory is ever found to be cogent, for no positive assessment that flows from the professor’s own personal judgment is allowed to enter into the discourse. This seems to me to be not only a recipe for scepticism or relativism, but to undermine the very intellectual life about which faculty in the humanities and social sciences are rightly so passionate.

A professor of mathematics or physics could hardly expect to keep her or his job while professing not to know the truth of the subject he or she is commissioned to teach. Yet, a professor of humanities or the social sciences is thought to be a fanatical extremist if he or she claims knowledge of the subject. As the great historian of philosophy Etienne Gilson once noted “The only dogmatic tenet still held s valid in such philosophical circles is that, if a philosopher feels reasonably sure of being right, then it is a sure thing that he is wrong.”

This prejudice is by no means restricted to philosophy alone, but can be found throughout the social sciences and humanities. While in such disciplines it is certainly the case that the truth is only arrived at progressively and in varying degrees, unlike the truths of arithmetic that can be discovered definitively, certainly progress can be made in them as well. But this progress can’t occur without risk and personal commitment. The professor who holds back from sharing his or her personal judgment about the subject takes a matter that calls for personal engagement and turns it into a merely logical or descriptive exercise. These are important parts of the academic process to be sure, but they can hardly claim to exhaust it.

A preferable alternative to pedagogical neutrality, I would suggest, is to simply accept that a bias free classroom is a utopian impossibility. Since there will inevitably be different points of view when teaching the liberal arts, it is far better if the perspectives of all, including (indeed especially) the instructor, be explicitly stated. This should, of course, be accompanied with a sincere indication that the point of a liberal education is surely not just to agree with the judgments of the professor, but to master the modes of reasoning of the disciplines studied in order to make one’s own judgments and to engage intelligently with the range of views on offer in the discipline. This, I would suggest, is an approach which is more intellectually honest and likely to better serve the aim of a liberal arts education than feigned neutrality.